On 13 August 2017 is a historic day for The Park Lane Hotel Jakarta. Because on that day they have celebrated the 19th anniversary. The Park Lane Jakarta, the pioneer of Bleasure (Business-leisure) lifestyle five-star hotel, is celebrating its 19th anniversary this year having officially opened its door to its first on 13 August 1998. Me and my friend had the opportunity to come in the anniversary event on 16 August 2017.

The event took place at 15:00 WIB and I arrived on time. When entering into the lobby The face of this lobby changes and looks more elegant and beautiful. Because it was already known they had inaugurated for their new lobby in June, you can check the article here. The lobby is more beautiful because it has been designed for this celebration and the staff also use attributes to enliven the event.

To commemorate this event, the Hotel hosts a Flash Mob Poco-Poco in its iconic Lobby. More than 50 staffs dance to the rhythm of Indonesian Popular line dance and inviting the crowds to join the dance. Once in a while me and my friends follow the dance moves with pleasure and cheerfulness.

After seeing all the staff dancing poco-poco immediately I saw a large pink cake with a beautiful flower motif. The cake is brought by the chef in the kitchen that will be placed exactly in the middle of the event. At the time, Darrell Cartwright as General Manager of The Park Lane Hotel gave a speech while opening the event. And if you want to know more about this hotel, see below!

Get to Know More Closely The Park Lane Hotel Jakarta

During the last 19 years, The Park Lane Jakarta has gone through many transitions. Particularly, digital revolution from the deployment of its new website, booking engine, and social media platform. To the future, the hotel is expecting to launch its first mobile application which encompasses digital information, loyalty program and up-to-date discounts.

Park Lane hotel has played host to numerous high-profile and celebrity studded events such as, ASEAN game, Co-sponsorship of Miss Earth Indonesia 2015, and Cosmo Beauty. The Park Lane hotel also launched social projects such as “Make A wish foundation” – a charity program aimed to assist children with cancer, and engaging with the local populations to help the less fortunate members of the community.

After the welcoming ceremony complete, guests who attended the event are directed towards the pool area. Once there, we are invited to having fun by following the race that has been provided. The race made to commemorate Indonesia’s independence day. Competition held consisting of 3 that is Eat crackers, Take the marbles with chopsticks and Insert a pencil into the bottle.

The race held so lively, I follow two of the three races here and supported by my friends. When the race eat the crackers I lost because I was not able to beat the wind is blowing hard so bring my crackers fly. Then when the race insert a pencil into the bottle I am a winner yeeaah.

After all the race is over, guests are welcome to enjoy the food provided by Riva Grill Bar & Terrace. All the food that was presented was very tasty there are some Indonesian food and also western. Other than that at this meal moment guests are also given a birthday cake given by the chef. I think this is the best dessert. 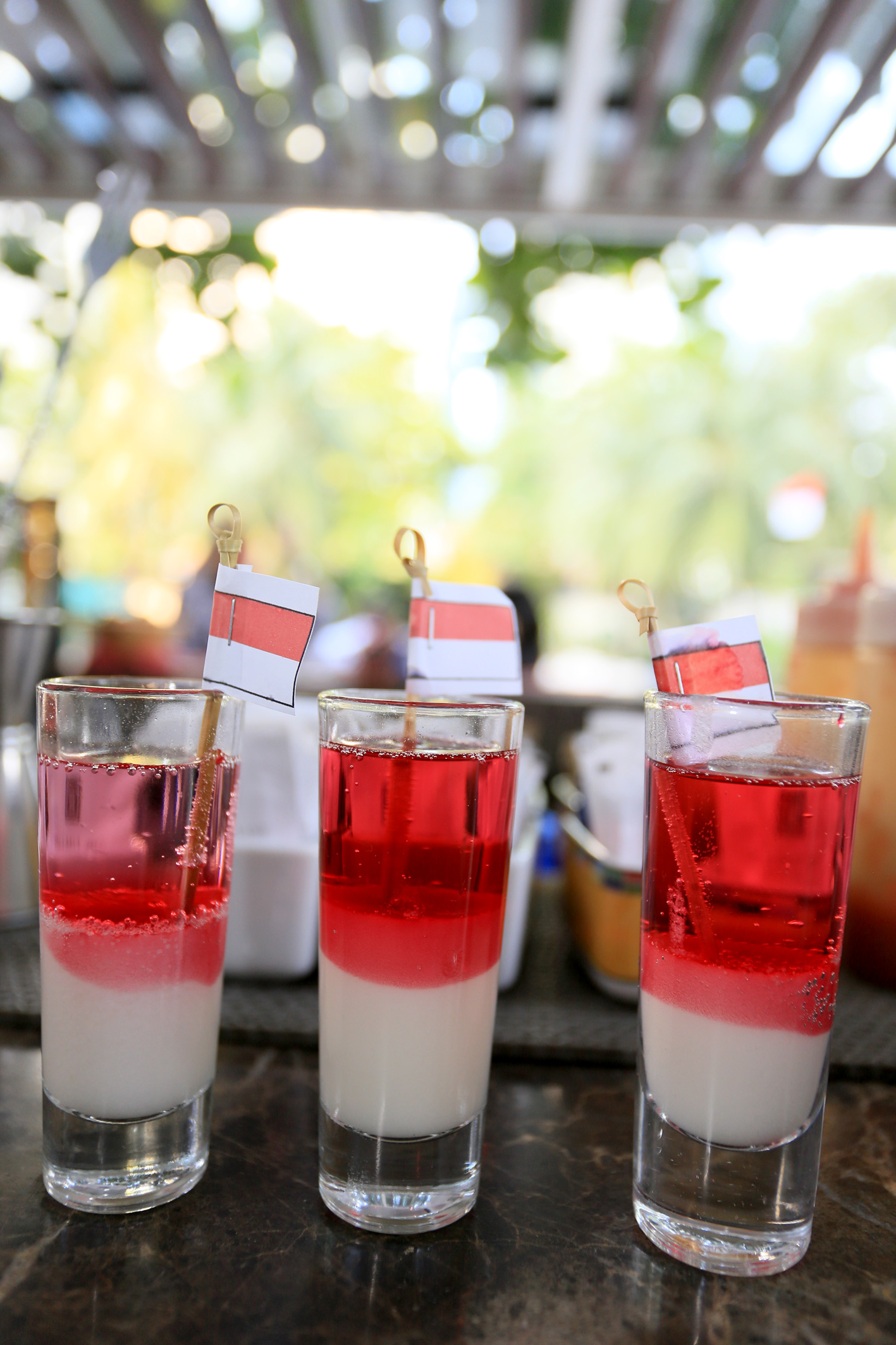 After the dinner is over, It’s time to reward the winners provided directly by Mr Darrel Cartwright. At this moment as well as event closing event and photo session together.

So, that’s my excitement following the anniversary celebration The Park Lane Hotel. Btw I would like to say thank you to my friend Nia Agustina who has invited me to attend this celebration, it was an unforgettable experience. And do not forget to The Park Lane Hotel hopefully more glorious, and always be the number one!

Thank you for coming in oury blog, finally i apologized if there any mistakes in the writing this blog. Don’t forget to subscribe our blog. See you in the other food adventure with JajanBeken.

All photos taken from The Park Lane Hotel Jakarta Photographer